The Appalachian Mountain Club have some rustic cabins that you can rent out for cheap. Inside there is a wood stove and some plywood bunks.  This cabin has a backcountry ski trail that you can hike up and ski down.  Six of us headed up for the night.  Travis and I brought our snowboards hoping for a ride down the next day but the snow had melted so much and our packs were so heavy as we did not pack light since the trail was not very long.  We were also carrying fire wood.  Travis and I decided to ditch our boards about two thirds of the way up realizing we would have a better ride down without our full packs and on the lower part of the trail where there was more snow cover.  So once we got to the cabin, we took off our packs and hiked back down to our snowboards.  We rode down to the car, ditched the boards and then hiked back up to the cabin where we cooked a pot of chili over the wood stove and settled in for the night.  The next morning we took turns sledding down the trail on a sled that Kael had built to carry the firewood wood up with.  Since there was such a thin cover of snow, we ended up carrying the wood but the sled made our descent really fun! 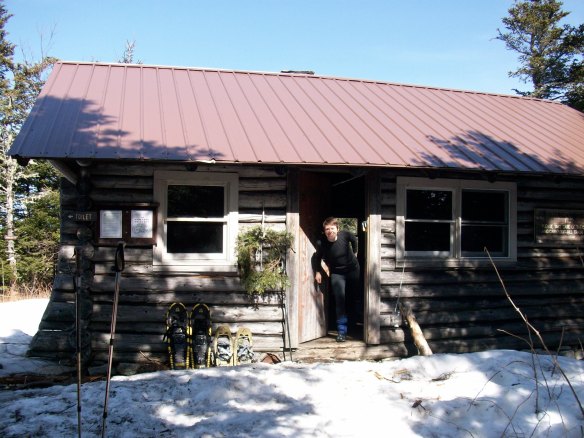 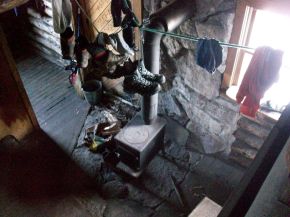 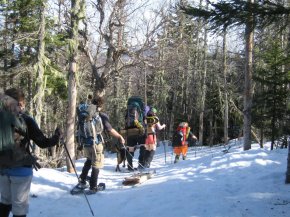 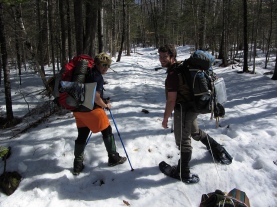 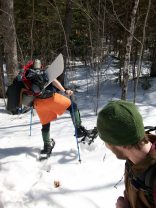 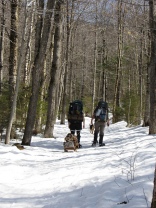 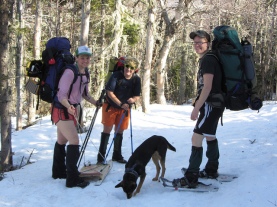